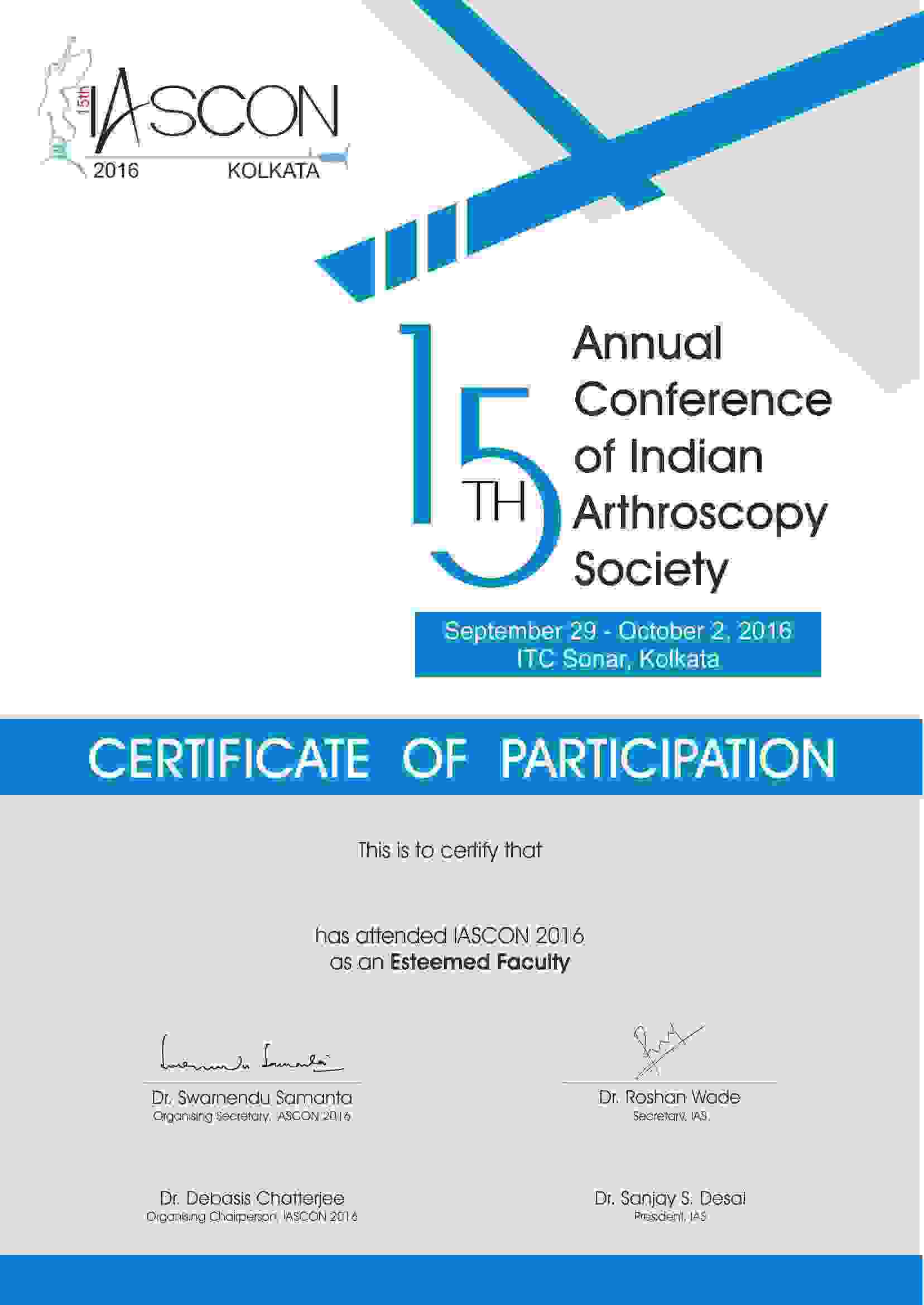 What is Anterior Cruciate Ligament?

Ligaments are, essentially, strong bands of tissue that join one bone to another. The Anterior Cruciate Ligament (ACL) is one of two ligaments that cross in the middle of the knee and connects the thighbone or ‘femur’ to the shinbone or ‘tibia’ and helps in stabilizing your knee joint. Very often, injuries to the Anterior Cruciate Ligament may occur during sports and fitness activities. The ligament tear could happen when you slow down suddenly during an activity to change direction or when you twist or overextend your knee.

Anterior Cruciate Ligament Reconstruction Surgery is performed in order to replace the torn Anterior cruciate ligament. However, sedentary people who are not much involved in sports activities generally recover well with the help of conservative treatments and physical therapy.

Anterior Cruciate Ligament Reconstruction Surgery is performed as a combination of open surgery and arthroscopy. The ACL Reconstruction Surgery basically involves reconstructing or repairing the ACL. In arthroscopic surgery, small incisions are made in the knee and instruments for the surgery are inserted through these incisions whereas if it is an open surgery, a large incision is made in the knee.

In this surgery, a graft is used to replace the ligament. The most commonly used grafts are autografts, where parts in your own body such as the tendon of the kneecap or patellar tendon or one of the hamstring tendons are used. In certain other cases, an allograft tissue, taken from a deceased donor, is used in surgery.

Repair surgery is only used in the case of an avulsion fracture or the separation of the ligament and a piece of the bone from the rest of the bone. In this case, the fragment of the bone connected to the Anterior Cruciate Ligament is reattached to the bone.

Most orthopedic surgeons favor arthroscopic surgery rather than open surgery for Anterior Cruciate Ligament injuries. This is because:

During arthroscopic ACL reconstruction surgery, the surgeon makes numerous small incisions, generally two or three, around the knee. Sterile saline solution is then pumped into the knee through one of the incisions in order to expand it and to wash away blood from that specific region. This enables the doctor to view the knee structures with greater clarity.

Then, the surgeon inserts an arthroscope into one of the other incisions. A camera positioned at the end of the arthroscope transmits pictures from inside the knee to a TV monitor placed in the operating room.

Surgical drills are also inserted through other small incisions. The surgeon drills minute holes into the upper and lower leg bones, in the area where these bones connect at the knee joint. The holes form tunnels through which the graft could be anchored.

The surgeon will create another incision in the knee and take the graft or replacement tissue at this point. The graft is then transferred through the two tunnels that were drilled in the upper and lower leg bones. The surgeon precisely positions the graft with hardware such as screws or staples .The incisions are closed with stitches or tape. The knee is bandaged and the patient is taken to the recovery room for 2 to 3 hours.

During the surgery, the surgeon may repair other parts of the knee which are injured as well, such as ligaments, cartilage, or broken bones.

Arthroscopic surgery is usually done on an outpatient basis, i.e. you do not have to spend a night in the hospital. Physical rehabilitation after the surgery may take several months to a year. The length of time until you can return to normal physical activities or sports varies for each person, from 4 to 6 months.